It is not the responsibility of knights errant to discover whether the afflicted, the enchained and the oppressed whom they encounter on the road are reduced to these circumstances and suffer this distress for their vices, or for their virtues: the knight’s sole responsibility is to succour them as people in need, having eyes only for their sufferings, not for their misdeeds.
~Miguel de Cervantes, Don Quixote 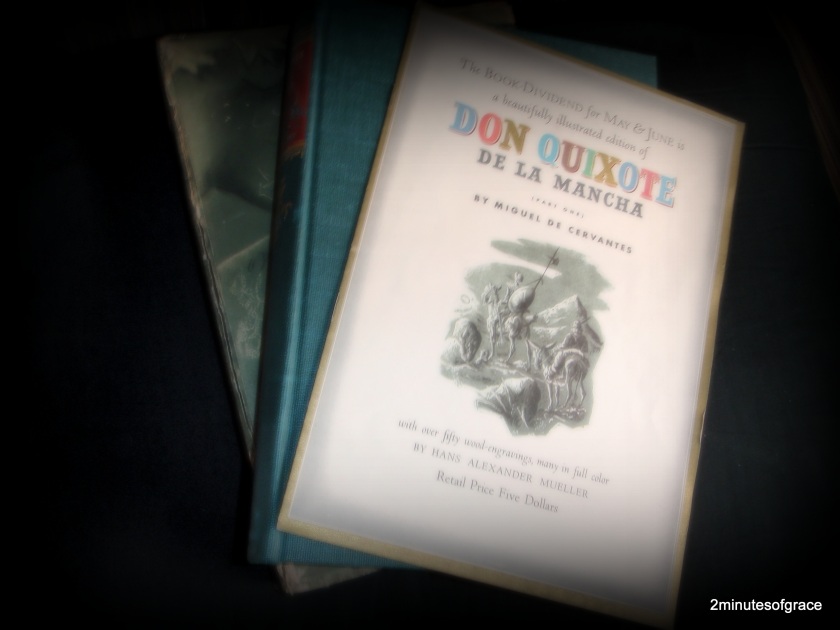 Who hasn’t? Who among us doesn’t contribute to a significant portion of our own suffering? Am I less in need of compassion because I’ve been the root of my own troubles? Am I somehow more worthy of God’s unmerited favor if some wrong has been done to me rather than by me?

We have a reputation, we who call ourselves Christian people, religious people, spiritual people. We’ve garnered our fame in much the same vein as Don Quixote. So certain of our truth, our headlines and sermons and personal encounters are too often filled with an almost fervid insanity as we go about tilting at windmills.

We, who have knighted ourselves in our own faith, justify wars of weapons and words waged upon those whose convictions and vices vary from our own. Cultural wars, denominational wars, political recriminations, all carried out, so we claim, in service of our King.

If this were, in fact, true –  then the King is sending some very mixed messages.

It serves a certain purpose to vilify those with whom we fundamentally, or sometimes even superficially differ. It proffers both provocation and justification.

Sometimes in light of a personal attack or an attack on my belief system or an attack on someone I love – sometimes I respond by turning the other cheek. Without guile or defensiveness I wish only for light and peace and grace for the other.

How can we, who are the benefactors of God’s irresistible grace which binds our wandering hearts to Him, offer anything other than The Good News, grace without merit in return? How is it possible that we can be supplicants of God’s unmerited favor one moment and turn His words into a weapons the next?

When the suffering run from us rather than to us, perhaps it’s because we’ve forgotten our calling to live compassionate lives that succor rather than scourge the wounded.

A former counselor and public speaker, I'm grateful for many, many things - God's grace most of all! View all posts by Debbie

23 thoughts on “Tilting at Windmills”